INTRO: The social media giant Facebook has integrated the support for screen sharing on video calls through Messenger. The feature is currently – live on Android and iOS, lets users share their mobile’s screen with friends and family. With screen sharing, users can browse social media together, shop online, view photos from the camera roll, and far more.

“We know the majority of the people are trying to stay connected more than ever and screen sharing is the latest feature we’re rolling out to bring people closer together,” wrote Messenger’s Product Manager Nora Micheva during a blog post.

To start a screen sharing session, all you’ve got to try to do is start a video call, and tap on “Share Your Screen”. On the next page, you have to tap on the “Start Sharing” button. Your screen will now be broadcasted to all participants in the session you are online with. 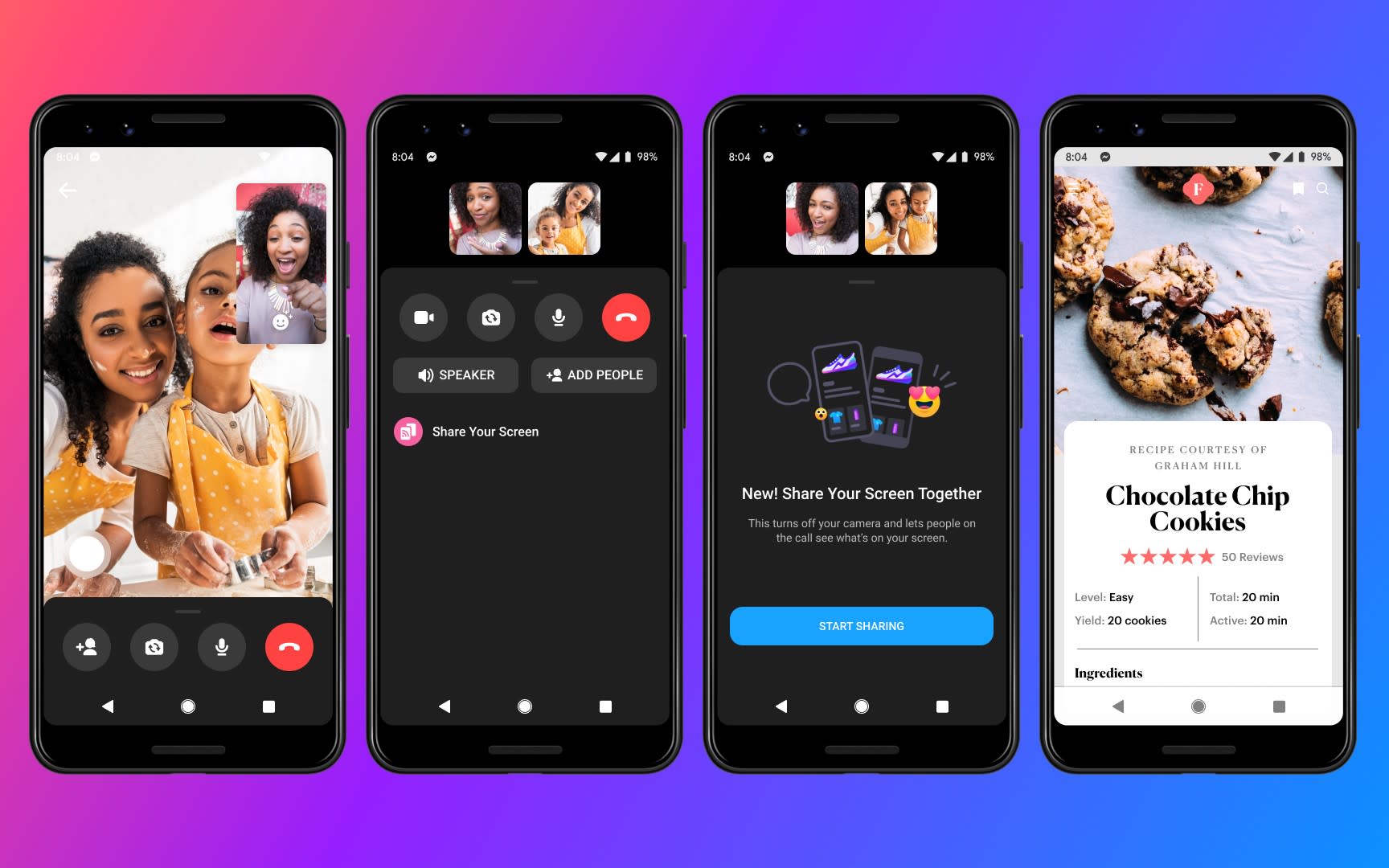 The company also offers screen sharing on one-on-one calls and group calls with up to eight people. Moreover, thanks to the previous up-gradation of Messenger Rooms, you can share your screen with up to 16 people at one go. Messenger Rooms feature is additionally available on Facebook-owned Instagram and WhatsApp.

Messenger Rooms, in case you didn’t know already, it already supports group video chats with up to 50 people. The social media giant said that it will also expand screen sharing support to 50 users in the future. The company also has plans to let Room creators control who can share their screen in Rooms.

Screen sharing is now rolling out on the latest versions of Messenger’s Android and iOS apps for all the users. You can start using it by updating your app to the newest version available on Google Play Store or App Store. It was already available on the desktop app and web versions.