INTRO: we thought that google phones were not making it to the list of popularity in the market but now it looks like Google’s hardware plans are on the right track. As per a new IDC report, Google managed to ship more smartphones than OnePlus in 2019.

As it can be seen in the mentioned picture from Francisco Jeronimo, Associate VP, Devices – EMEA, IDC, Pixel phones did very well in three markets – USA, Western Europe, and Japan. The fact that it shipped more phones than OnePlus, even though the Chinese giant is doing pretty well in the US, is still a shocker. The report does not offer the shipment figure for OnePlus devices. 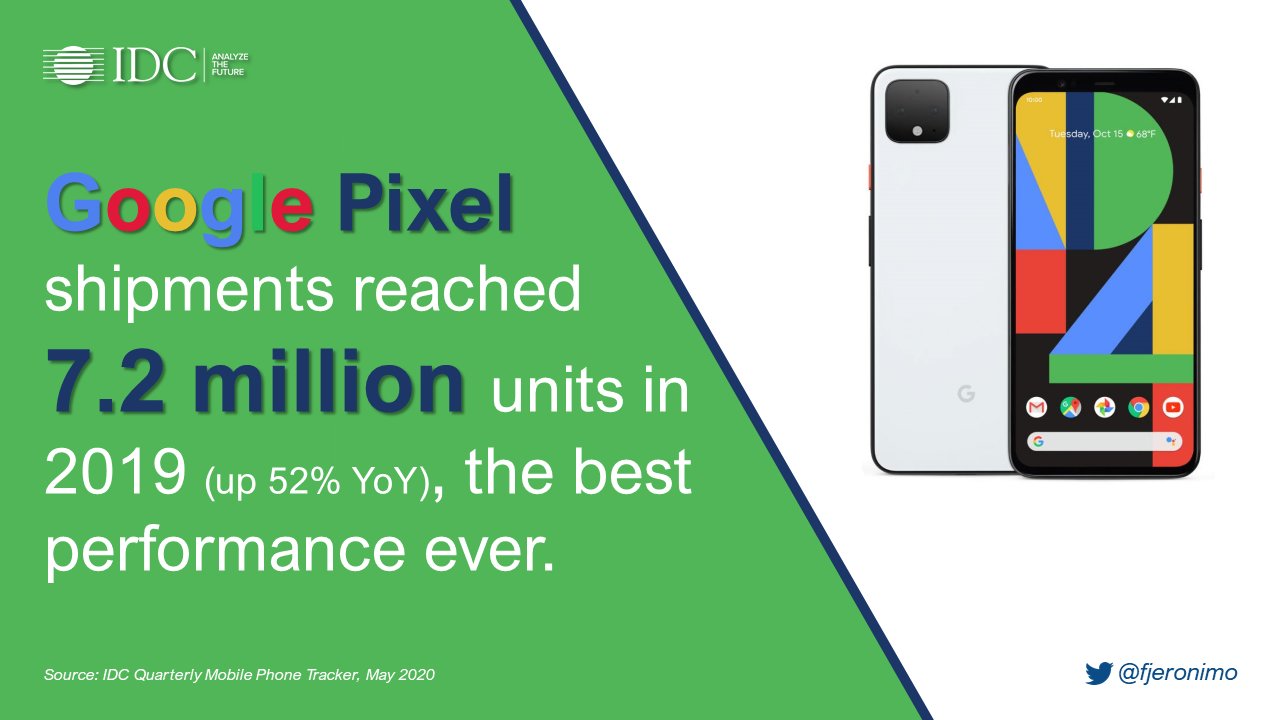 If you’ve been keeping up with Google Pixel news, you would remember that a report recently suggested that both Pixel 3a and Pixel 4 sold fewer units than the Pixel 3 series in the first half of 2019. Jeronimo agrees with this figure and offers a brief explanation in a follow-up tweet.

Expansion Of Google Market In 2019

First, the second quarter of Pixel 3 sales (Jan to March) was the first quarter of 2019. So, the aforementioned figure includes some shipments for the Pixel 3 series. Pixel 3a made its debut in May earlier last year and contributed 2 whole quarter of shipments (July to Dec) whereas only a quarter of 2019 shipments for Pixel 4 (Oct to Dec) have been included in the report.

Jeronimo also points out that Google expanded to three new markets in 2019, thus, drumming up interest for its ‘what an Android phone should be like’ strategy. This is great news for Google, who intends to keep marching on with its hardware plans, as revealed by CEO Sundar Pichai in an interview with The Verge.

Rumors Say Pixel 4a Is Also Going To Be Launched Soon

Google is currently rumored to launch its next-gen mid-range phone, the Pixel 4a, very soon. It will arrive with a punch-hole display, Snapdragon 730G, a single rear camera, and possibly, wireless charging in tow. You can check out the Pixel 4a’s rumored specs right here.