INTRO: Google Translate is one of the best translation apps out there. Even as compared to Apple’s shiny new Translate app, Google usually beats it out. One of the coolest features within Google Translate is the fact that it can basically let you have conversations in real-time and translate them on your phone.

Today, the corporate is announcing that the app will now even allow you to save these transcripts of real-time translations on your phone. You will see a star button on the upper right corner of the screen once you are transcribing speech. Tapping on this button will save the transcripts to your phone. These are often accessed from the sidebar, and may even be renamed for better organization. 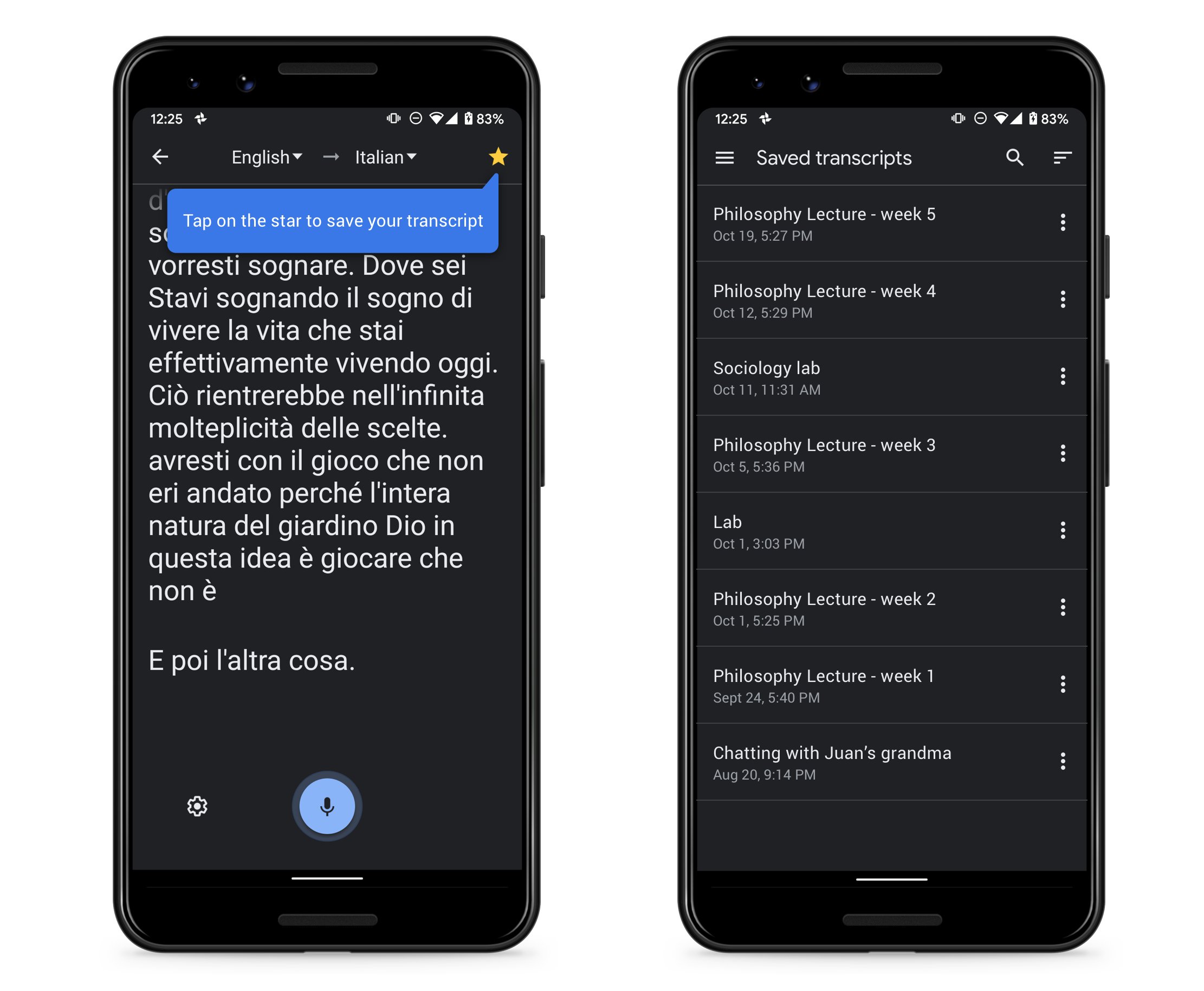 According to XDA Developers, the feature was spotted under development back in May. It’s here now, but it seems to be a server-side change so it’s going to not show up for everybody just yet. You can update Google Translate on your Android smartphone to the newest version available on the Play Store, then await Google to push the feature to your device as well.

So, have you ever used Google Translate’s real-time transcription feature? Do you think the new addition of saving these transcripts will prove useful to you? Let us know in the comments.