INTRO: Microsoft Artificial Intelligence research team has collaborated with researchers from the University of Washington to develop a novel unique smart to-do feature that will automatically generate to-do lists from emails.

Microsoft after working with its AI research team along with the collaborated efforts from the University of Washington has generated a new feature that will automatically create To-Do lists from the mail. As easy this technique looks to you, it is that way. This technique would help all the people to streamline their workflow and then it will minimize all the efforts which were taken to put all tasks and deadlines together to keep track of all of them in a more efficient and classified manner.

How It Will Work? 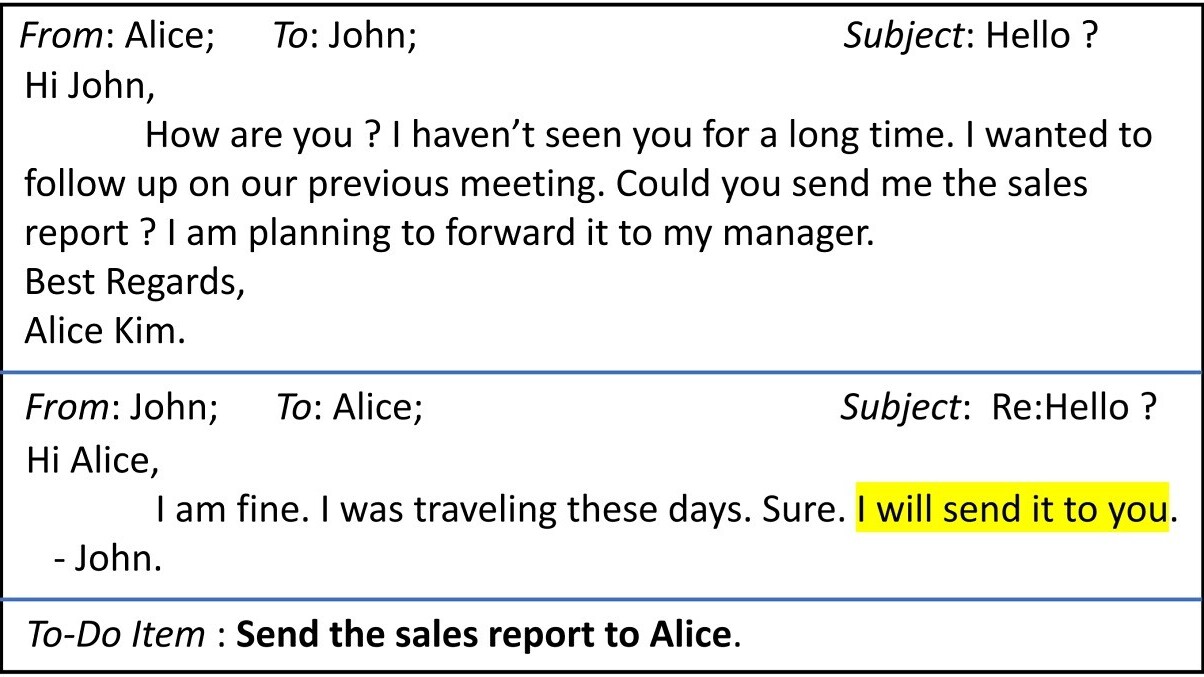 For a chance lets, say you have sent an email to all your coworker or the guide who is proposing a deadline for submitting a project. The Microsoft AI of the mail will automatically detect or analyze the instance from your email and then it will create a to-do entry concerning the context. All of this means that you will be able to take a peek or sneek anytime at this auto-generated to-do list and know when a deadline is approaching up to you and then get your work done before that.

Based On Neural Text Generation

As per the writings from the Microsoft research team research paper of the project the thing which was noticed first was by The Next Web, the researchers have also developed a two-stage framework which is based on neural text generation and sequence-to-sequence learning. The dataset for this project was created that was based on the Avocado email corpus system.

All of the processes involves identifying the task sentence ( that is a query), all relevant sentences in the email that supports and gives more details about the query, and then the timelines. By using a commitment classifier the task sentence is identified and then the researchers have used an unsupervised extractive algorithm. Researchers from Microsoft and university have combined using a sequence-to-sequence architecture built with deep neural networks. You Can see that at the flowchart given below for a better understanding.

It is all based on the initial experiments, the researchers also say their model performs at par with human performance while writing To-do lists, which sounds worth waiting for and quite promising. The research papers will be presented at the annual conference of the Association for Computational Linguistics (ACL 2020).