INTRO: While the Poco India team has been busy launching rebadged Redmi phones back to back, the global team has been rather silent for the past couple of months. The global team is active once again and has confirmed the launch of the next smartphone in its portfolio – the Poco M3.

The official Poco Global account took to Twitter to confirm the Poco M3 launch date mere hours ago. Poco M3 will make its global debut on 24th November next week.

This will be the first Poco M-series for the global market. The company already launched the Poco M2 and M2 Pro in India earlier this year. It will be a successor to the budget-centric Poco M2, which was a Redmi 9 Prime rebrand. Well, if the rumors are to be believed then Poco M3 will also be a rebrand of the rumored Redmi Note 10 4G that just recently showed up on certification websites. 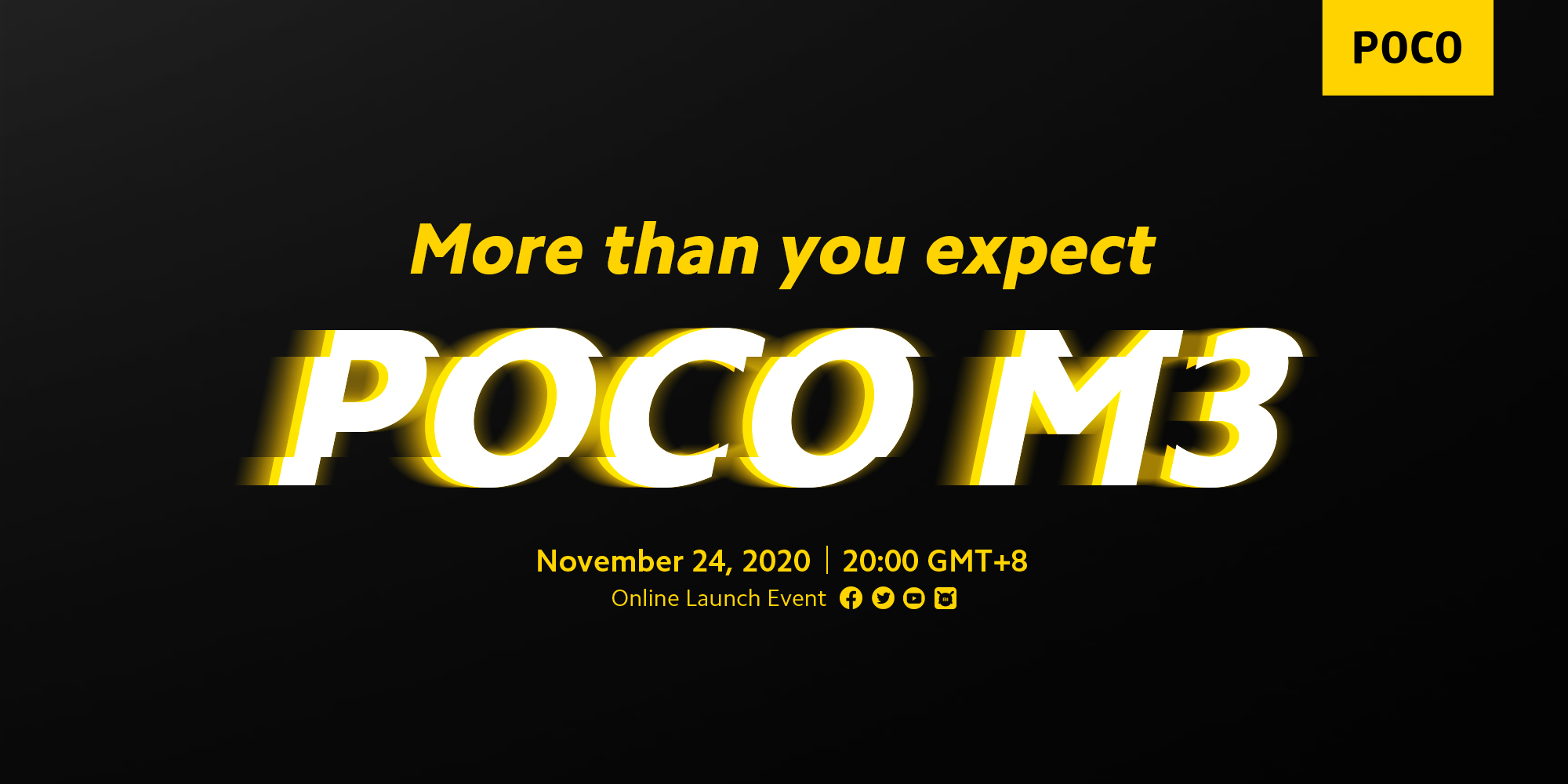 The Redmi Note 10 4G has been spotted with the model number M2010J19SC for the Chinese variant. The TENAA listing (via XDA) for the device gave away a lot of secrets, including the design and some of the key specifications. You will most likely find a 6.53-inch LED display with a 2340 x 1080-pixel resolution and waterdrop notch.

Redmi Note 10 4G will be powered by an octa-core Snapdragon chipset clocked at 2.0GHz, possibly the Snapdragon 662. The device will be available in three RAM and storage variants, including 4GB/ 64GB, 6GB/ 128GB, and 8GB/ 256GB. The device is packing a massive 5,900mAh battery and a rectangular quad-camera array on the rear.

It will be quite interesting to see whether consumers will consider the switch back to Snapdragon chipsets an upgrade over the gaming-centric MediaTek Helio G80 chipset that powers the Poco M2. We could expect the Poco M3 to land in India soon after its official launch.