INTRO: Redmi is finally putting an end to one of the incessant requests of its fans next week. They have been pestering the company to bring its affordable truly wireless earbuds, the Redmi AirDots, to India for months. Our prayers will be answered on May 26 as the company has today confirmed the launch date for Redmi AirDots in India.

Redmi AirDots To Be Launched In India

On May 26 Redmi Airdots will be launched in India. As the company has today confirmed the launch date for Redmi AirDots in India. The company shared the announcement through the official Redmi India Twitter handle. The tweet does not explicitly mention the New AirDots but the teaser poster shows off the same in its all glory. The caption reads, “We’re excited to announce the launch of a new #NoStringsAttached #Redmi product category for YOU!” 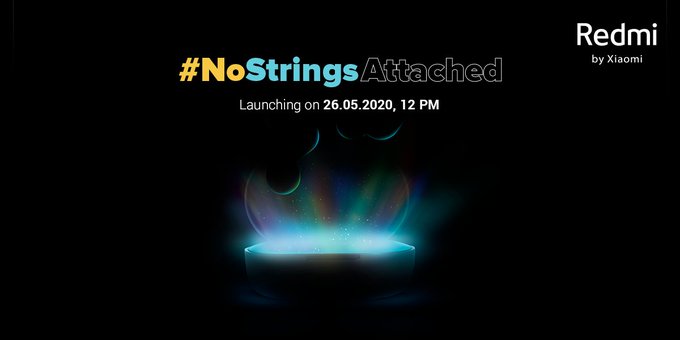 Redmi has set up a dedicated landing page for its upcoming truly wireless earbuds. It, however, does not confirm any of the features. It only hints at long battery life, sweat resistance, low latency gaming, and more.

Airdots Will Be Water Resistant With Bluetooth 5.0

We have assumed that the recently launched Redmi AirDots S will be launched in India next week. The earbuds are tiny in size and feature with 7.2mm drivers. They fit comfortably in your ear as the original AirDots had pretty good feedback from the users and they sound pretty good for the price. AirDots S support ENC, IPX4 water resistance, and connect over Bluetooth 5.0 to your device.

Redmi AirDots S has an ultra-low latency mode for mobile gamers, access to your favorite voice assistant, and up to 4 hours of music playback with a single charge. The charging case extends this up to a total of 12 hours, which is pretty decent.

They are priced at 100 yuan (around Rs. 1100) in China and should arrive around Rs. 1,399 in India. These AirDots will undercut a majority of TWS earphones in the country, giving them a run for their money.