INTRO: Microsoft has today launched the Surface Hub 2S in India. This product was announced in April last year in the US.

The Surface Hub 2S features with a 50-inch 60Hz 4K+ PixelSense Display with around 3840 x 2560 pixel resolution and displays 3:2 aspect ratio. It will run on an 8th-generation Intel Core i5 processor and then features with Intel UHD Graphics 620. Microsoft further claims that the new device offers about 50% faster graphics performance than the original one. 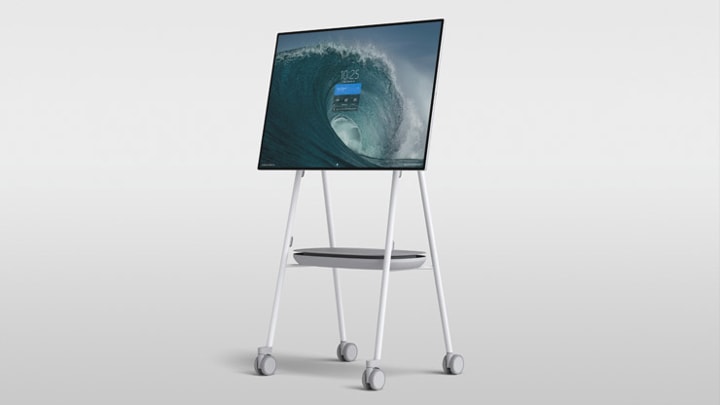 If we talk in terms of the memory of the device of and storage, the new device comes with 8GB of DDR4 RAM and a 128GB SSD. For the ports and I/O, you get a USB-A port, USB-C port, RJ45 Gigabit Ethernet, HDMI video input, and Mini-DisplayPort for video output.

The company also says that the mobile stand can be moved easily with one hand, and it is a small footprint that ﬁts in all kinds of spaces. The stand will feature an optional APC Smart-UPS that Charges the mobile battery which is capable of powering the Surface Hub for 2s for 100 minutes.

Talking about the latest device Microsoft India COO Rajiv Sodhi said: “We have expanded our Surface family to include not just one device designed for individuals, but also devices which are built on purpose for teams.”

Microsoft has currently priced Surface Hub 2S at Rs. 11,89,999. The price is inclusive of the Surface Hub 2 Camera and Surface Hub 2 Pen with it. The device will be available via authorized Hub resellers. The Steelcase with Roam mobile stand, on the other hand, will retail at Rs. 1,17,500.

Chrome OS Seems to Finally be Getting a Dark Mode

Valorant Might Be Coming to Mobile Phones Sooner Than You Think